I am trying to get pregnant; one way or another, I have wanted to get pregnant for a long time. After my last relationship ended, I had plenty of solitude in which to get pregnant with inspiration for a novel. I had privacy, candles, and bathtub sessions on a regular basis.

–call me a click-whore: trying to boost my views– 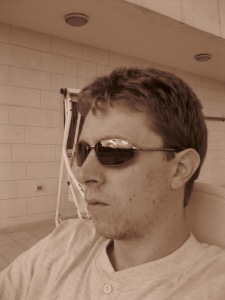 I thought leaving the country was sure to do the job: bless me with the inspiration. Somehow, it did not occur to me that I already had the inspiration to write several books. I have motivational problems. On a subconscious level all of my stories inhabit a chilly place, a padlocked freezer of creativity sitting atop the refrigerator of my blogging-life. As anyone can see, the fridge is virtually empty. I have not posted as much as one entry since March. Unexpectedly, I find myself at a different kind of rock-bottom.

It was one kind of rock-bottom, post-college, when deaths and divorces wracked my family and I entered a state of unemployment: time, time everywhere but not a word to write. It was quite another rock-bottom when I reached the final months of my service in Palestine and none of us could go to the office without the threat of being tear-gassed, then still another when I returned to the United States and started living in a giant take-out box on North Capitol Street with no windows and reduced ceilings. All the while, I kept insisting “this is not as bad as other things that have happened.” Last year, I was still quaking from traumas past.

Now, I am accepted to American University’s MA in International Training and Education Program (ITEP). The news came to me while I was at West Michigan Annual Conference of the United Methodist Church, the same event at which I took the floor in 2011 and called for divestment from companies that profit from apartheid infrastructure in Palestine. Unable to reach the floor for this year’s debate, I dropped to my knees with my al-khalili prayer beads and begged God that the conference would just consider divestment. With no input from me, they promised to do so. Since then, the entire Presbyterian Church (USA) has divested and the UMC seems not far behind. I’ve enrolled for 9 graduate credits with the abundant help of staff at AU. The path toward peace-of-mind is still not complete nor success assured but I have reasons to pat myself on the back. My supervisor said that my greatest accomplishment was realizing “—that failure is okay—” 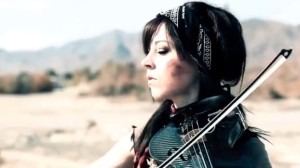 A different relationship with failure would have changed the course of my life significantly; I might be a musician or actor instead of drifting toward being an educator. I recently attended a Lindsey Stirling concert (I’ll keep my gushing to a minimum); looking back on the course of her career, it seems that even her rise to “America’s Got Talent” didn’t cement her place in that industry. She needed the help of some other gifted friends, especially a videographer and other musicians and vloggers with whom she collaborated, before the art she believed in from the beginning reached fertile ground. Sometimes I say things to myself like…
“…if I had been the same way about trumpet, maybe I wouldn’t be just a sometimes hack… I would have reached the promised-land…”
“…it’s too bad I was from a small-town and didn’t know I needed more connections. I guess I just bloomed too late…”
“…I’m probably just psychologically incapable…” 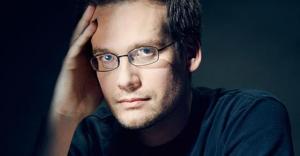 —like everyone else? I also follow author John Green from time to time. Just once, I heard him talk about the period of soul-sucking depression that preceded his first book. He needed help far beyond what I have been willing to seek and yet, somehow, he became best-selling author John Green. I haven’t read his books yet but he’s known for writing accessible, teen-beloved fiction that is also meaningfully realistic.

I am indicting myself just a little, here. I didn’t grow-up to be the next Freddie Hubbard; I feared being a failure and so failed to love the music more than I loved my need to feel significant. I have often thought about writing an entry on my struggle with “significance.” Despite being single, indebted, and PTSD-ridden, I still find significance in having accepted my mission to Palestine. The quest for significance may not ever be enhanced by fame, after all.

Also, I cannot ignore that the reason I flunked first-year math was not that I was under the bridge playing my trumpet. I was writing: journaling. As much as I want to kick myself for not writing more fiction or poetry, I was always writing something — and afterward felt better. Now that I have ‘significant things’, I seem to be faltering in the most basic way: I am not even pontificating on WordPress!

Can I make the transition to loving my art more than my significance, even as I pursue the call to international education?

The answer has to be “YES” because of the literature that always resonated the most with me, which is the kind of writing I want to do. I have an interesting handicap in that I ADORE anti-colonial storylines that subvert domination… but I’m from a historically dominant group. More accurately, we were subsumed by that group (whites) as German & Irish immigrants in order to win the ethnic politics of North America. As I’m writing this, I’m processing these thoughts — I sometimes think about my one indigenous ancestor, of how distant I feel from her (I don’t know her name, nor for sure to what tribe she belongs). Perhaps I am not so far from her heart, after all.

When I started writing today, I decided two things: one was that I would not get much above 1000 words and the other was that I would just share my thoughts as they come out without a great deal of outlining and other kinds of ‘engineering’ — meticulous editing. I need to get my engine started again; regardless of my ‘marketability’, writing is my native language.

Epilogue: Reverend James Ritchie called-out “Brother Gore! When are you going to write that book?” For the next fifteen minutes, we talked about the possibilities of the book and how my education was going to make me so SO busy. He kept playfully batting me with a rolled-up conference bulletin:
“You’re the only one who can write YOUR story; it won’t happen in a week or even a month but if you let God work in your heart… it’s going to happen.”

This site uses Akismet to reduce spam. Learn how your comment data is processed.

Manipulation and/or duplication of this material is prohibited unless with written permission from this site’s author. Excerpts and links may be used if clear credit is given to John Daniel Gore with appropriate and specific direction to the original content in “Reverse Exiled”. Engage in the comment feed, please, for clarifications or intellectual property concerns. “Reverse Exiled” balances creation with community so I will strive to be in contact whenever appropriate. Thanks!

Please join me on my journey to express the best parts of myself by checking-out "Reverse Exiled" (about me) and "Flaming Hoot Stories & Sundry" (my 'experiments').