Winter’s tentacles remained on my mind
and held me under at my ebb-tide. Time,
weeks more, froze in suspense by anti-virtues
wrought from the wrong drugs given with good
intentions. The summer-self emerges like cactus
fronds breaking the brittle soil. The scorching
and freezing is over, the pith has survived
to emerge, visibly marred, but infused again
by the will to live.

…I originally meant to continue but I think this is the start I need. I want to elicit your criticism, the full brunt of all criticism. I’ve recently learned that small, even imagined, darts might cause me immense pain… so hurl spears! Make me strong. Teach me to reinterpret my feelings rather than deny them. Make it hurt because it cannot harm me anymore. Read further to understand why…

My former co-facilitator and dear friend gave me another bag filled with inspirational quotes and encouragement, submitted in her beautiful hand-writing — these are her condolences. I’m rationing the tiny envelopes, to savor each, but the first I opened contained these uplifting words from her:

“Keep writing, JD. The world needs and feels and respects and hears your vulnerability.”

Over the past several entries, I prepared for a life-time of feeling vulnerable to depression. The hopelessness of the prospect escalated as anti-depressants accumulated in my system and warped my moods. I defended my sanity with large meals, copious sleep and extra coffee for a period. Instead of making me better the drugs kept me worse, gradually making me even more terrible and fatalistic. How could I keep living, fighting something that defied my strategies, and feeling unlovable (even to myself)? What I knew about myself and what I felt about my life seemed eternally separated. Suicide beckoned.

But my story traced a sharp curve: my new therapist suggested I could have adult-ADD and encouraged me to research. Ever since then, bells are ringing constantly — I was misdiagnosed! I don’t have an exotic depression for which there might not be a cure. The first clue was when I interviewed with the screener at the counseling office. She asked me to name some things I was ‘good at’ and I offered five without hesitation. “Wow,” she said, smiling, “you know, many people we ask aren’t able to name anything yet.” “Well,” I qualified, “I wish I were better at those things…” The crux of my melancholy is not that I lack a positive vision of myself but rather I have an IDEAL vision of myself that eludes me, inexplicably (until now?)

I started writing reflectively about the early years of my education but it fermented into educational-critique. Multiple elementary school teachers recognized symptoms of ADD in me but they were third-tier educators who hoped that drugs could make us more uniform, saving them the effort of differentiated lesson-planning. My personality and aptitude were markedly different from the confirmed-ADD-kids, too. I am glad my pediatrician prevailed (“ridiculous”, he said), freeing me to receive standard instruction and perform decently in middle-school, excellent in high school. I muddled past math requirements in college (I retook college algebra). There will be other times to discuss my academic performance*.

“Interest-Based Nervous System” is less pejorative and more accurate than “Attention Deficit Disorder”. There is no deficit of attention in me: I could read dense prose and write articulate essays… during higher-math classes that couldn’t sustain my focus. My brain loves gaining sophistication at what it already does well. A subliminal reason I gravitated to educational research might be that I wanted to understand why I could never summon “enough” executive function to persevere through feeling inexpert, so I could improve by grit rather than strictly by ‘groove’. My innate interest is akin to a greasy crocodile that I wrestle constantly. I hope my psychiatrist can scrub the metaphorical grease away, next week, so I can finally grab the crocodile by the scutes. Still, I want to begin grappling with the overlooked socio-emotional symptoms that are misidentified as depression. “Clinicians are trained to recognize mood disorders, not the increased intensity of moods that comes with ADHD,” says William Dodson.  “Many people with ADHD are first misdiagnosed with a mood disorder. On average, an adult will see 2.3 clinicians and go through 6.6 antidepressant trials before being diagnosed with attention deficit disorder.” Those figures are virtually reversed for me: I’ve talked to half a dozen people but only tried prescriptions a few times. Still an average experience? 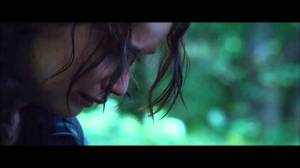 My sister and I watched a “Thor” movie and a “Hunger Games” movie on the same day, about five years ago. Jennifer Lawrence’s ‘Katniss’ performance threw me into a PTSD flashback episode I will never forget. I didn’t hallucinate but a river of emotional contagion swept away my facade; this phenomenon is sometimes called “fictional involvement”. I went ‘with’ teenage Katniss into her near-fatal ordeal. I yelled. I cried. I’d just returned from an embattled Levant. I remember little of Thor. Oh… we also watched a Batman movie that day. I forgot so easily because Batman’s strength and control fail to resonate with visceral experiences of danger. Katniss prevailed by virtue of skill but in the process she felt panic, revulsion, helplessness, and abject misery that characterize our humanity when under threat. Though the emotions are held in common, even triggers for some, the vividness with which they are felt varies…

“Rejection Sensitive Dysphoria” is my monster. The “Beije Ninja” or “Slippery Octopus” or whatever figurative names I tried to give my malaise is RSD, indeed: a signature feature of the condition I seemed “too smart” to have at age 6. Perhaps RSD affects others more than me but now I know, definitively, that I sense social pain more acutely than most. A flood of incidents come to mind but this essay is not tending toward such drowning. I’m not eager to swamp my writing with the deluge of ways RSD is my truth, yet. I must say that it operated constantly as long as there was something amiss in my life– rejection wasn’t only perceived as coming from others but erupted, so damning, from my own judgements about how I compared to my IDEAL potential.

The first X-men film debuted at the beginning of this century. A young mutant named Marie (“Rogue”) catches a ride with Logan (better known as “Wolverine”). She asks him if it hurts when long, metal claws erupt from his hands at the beginning of a fight. “Every time,” he says. We learn that his skeleton is plated with indestructible metal and his flesh regenerates to heal all wounds; he experiences pain as most of us do. Being Wolverine is both painful and powerful.

[An aside: my favorite moment in that film is when he smells Mystique disguised as Storm — there is more to being Wolverine than rapid healing and metallic prosthesis. He possesses heightened senses. I’ve missed the latest series of those movies but I think… I’m digressing… but that’s my mutation. It isn’t all bad or good — posses unusual verbal-reasoning powers, thinking in divergent or intersectional ways — cross-disciplinary ways. I might forget something small and obvious, like where I set my keys a few minutes ago…]

Vulnerability. Ability is embedded in the word, itself, but “vulnerable” connotes complexly. Its profile contains flavors that don’t always present in the first tasting.

My therapist advised that ADD is a condition but perfectionism is a personality trait. They do not co-vary. The former responds to medicine but the latter only to re-framing — to pruning. I am sure that perfectionism, of all my Jungian pieces, would delight most in destroying my condition — but it has already tried; my personal and professional life are scorched. I need assistance from another trait, this time.

Driving home from the airport, I fathomed the prospect of always hurting acutely at difficult junctures. A sublime thought blossomed: pain doesn’t always signal damage. All of this time, I thought my hurting forewarned of frailty, a doomed professional life, manifest un-lovability, endless entropy — no, it’s just an overdose of pain, not a harbinger of certain damage. My ‘team’ can address this; pain can detach from fear and I can improve.

“Am I courageous? That’s a trait I have. I have courage.” My skeleton is fortified and I heal. I feel panic, revulsion, helplessness, and abject misery but I have the skills to prevail. It’s going to hurt “every time.” Every rejection letter, bad interview, ill-fated first-date, bad improv-set — it’s going to hurt every time but I can build courage. Traits can be cultivated. RSD cannot stop me from doing anything if I accept in faith that my efforts are not in vain despite emotional suffering. Give me pain; let’s get uncomfortable; brew the coffee and cue the music.

I need time to fully absorb all of this, though. The initial rush of energy that came with pitching the anti-depressants and understanding patterns better has plateaued. I’m between regimens. The causes of this period in my life are not imagined or random. Being unemployed put me at great disadvantage to what was, then, an unidentified demon. Tunnel-vision set-in as I was squeezed between my perfectionism and the cognitive eccentricities that I didn’t begin to understand, let alone manage. I lost my most intimate relationship to an especially dark period– even glancing at a notebook (hoping for poetic inspiration) mired me in the horror of my winter-thoughts. There may be some seasonal-affect perturbations in my complex of emotions. Unfortunately, being so deep into psychological winter — detained there by the wrong drugs — kept me away from the “spaces” where I could process my human emotions: loneliness, for instance.

If I could have processed my heart-ache sooner… alas, but I probably will find ‘space’ soon.  Like its forebears, this essay accomplishes no repairs. Unlike any before, it contains a key frame of reference. I need a general understanding of “ADD”* to begin the work of cultivating each specific piece of self-knowledge that constitutes my mental health journey from here. For tonight, I curb my sentiments and hope that a good night of sleep will sort them. In the mean time, this collaboration between Deadpool and Celine Dion seems timely: Ashes. I do appreciate a good from-the-ashes narrative; a few months ago, I was tired enough to join the dust and ashes. I wanted to close the story-loop. I thought every peak in my life was doomed to become a deeper trough but, if my understanding is correct, every trough in my life is also impossible to sustain. I keep learning; it’s impossible that I would stay down forever. In fact, I might go higher. It makes me shiver… so good… for a moment… then I remember what’s lost… ow: “every time”.

*I am going to create better names for my cognitive mutation, something that better represents the overall beauty of my mind.

2 thoughts on “Grabbing a Greased Crocodile”

This site uses Akismet to reduce spam. Learn how your comment data is processed.

Manipulation and/or duplication of this material is prohibited unless with written permission from this site’s author. Excerpts and links may be used if clear credit is given to John Daniel Gore with appropriate and specific direction to the original content in “Reverse Exiled”. Engage in the comment feed, please, for clarifications or intellectual property concerns. “Reverse Exiled” balances creation with community so I will strive to be in contact whenever appropriate. Thanks!

Please join me on my journey to express the best parts of myself by checking-out "Reverse Exiled" (about me) and "Flaming Hoot Stories & Sundry" (my 'experiments').